He went up the mountain and called to him those whom he wanted, and they came to him. And he appointed twelve, whom he also named apostles, to be with him, and to be sent out to proclaim the message,and to have authority to cast out demons. So he appointed the twelve:Simon (to whom he gave the name Peter); James son of Zebedee and John the brother of James (to whom he gave the name Boanerges, that is, Sons of Thunder); and Andrew, and Philip, and Bartholomew, and Matthew, and Thomas, and James son of Alphaeus, and Thaddaeus, and Simon the Cananaean, and Judas Iscariot, who betrayed him.

Then he went home; and the crowd came together again, so that they could not even eat. When his family heard it, they went out to restrain him, for people were saying, ‘He has gone out of his mind.’ And the scribes who came down from Jerusalem said, ‘He has Beelzebul, and by the ruler of the demons he casts out demons.’ And he called them to him, and spoke to them in parables, ‘How can Satan cast out Satan? If a kingdom is divided against itself, that kingdom cannot stand. And if a house is divided against itself, that house will not be able to stand. And if Satan has risen up against himself and is divided, he cannot stand, but his end has come. But no one can enter a strong man’s house and plunder his property without first tying up the strong man; then indeed the house can be plundered.

‘Truly I tell you, people will be forgiven for their sins and whatever blasphemies they utter; but whoever blasphemes against the Holy Spirit can never have forgiveness, but is guilty of an eternal sin’— for they had said, ‘He has an unclean spirit.’

The True Kindred of Jesus

The Rejection of Jesus at Nazareth

He left that place and came to his home town, and his disciples followed him. On the sabbath he began to teach in the synagogue, and many who heard him were astounded. They said, ‘Where did this man get all this? What is this wisdom that has been given to him? What deeds of power are being done by his hands! Is not this the carpenter, the son of Maryand brother of James and Joses and Judas and Simon, and are not his sisters here with us?’ And they took offence at him. Then Jesus said to them, ‘Prophets are not without honour, except in their home town, and among their own kin, and in their own house.’ And he could do no deed of power there, except that he laid his hands on a few sick people and cured them. And he was amazed at their unbelief.

The Mission of the Twelve

Then he went about among the villages teaching.

Today we read some rather confronting words from Jesus that certainly hit home the question from today’s readings; who are our family? What does this say to our culture? For many us I would suspect at times it’s rather hard to do the whole family thing. In our Australian context it’s hard to define what family means alongside our culture, which seems to be ever evolving and changing. Mark seems to tip out all notions of culture and family from todays reading challenging us to answer these questions. But I would go on to say there is something behind Mark’s questions that at first isn’t obvious but if we think about it, it makes sense.

The question behind the question is intrinsically connected to Marks deep theological message of a Jesus found amongst the people. It seems the responses to the Jesus we meet today turns these notions upside down, to which Jesus responds, the people are my mothers and brothers.

I have to admit hearing churches describing their congregations as ‘church families’ does make me cringe, because I wonder if we really know what we are saying when we describe our communities as families? Culturally we have a lot to learn from the different people groups around us. My work in the hospital exposes this regularly as we realize that family means a tight bond, no matter what, always with an open door, regardless of pain or shame. I wonder if our churches stopped banging on about righteousness and actually understood what Jesus is saying here perhaps we might edge even closer to the liberation of people than we think? For Jesus is saying I don’t need to draw a line between family of my flesh and of the spirit we are all one. For Jesus family has no divides, it simply is as it is, no question. For Mark there is an urgency in this proclaiming that if you want to be where the action is get out into the streets and eat with your sisters and brothers and care for all of your mothers.

However in the church we do sometimes get this right. I think of the mothers in our church, the ones that bake, care and offer a welcome kiss on the cheek. As one of our church mothers at Moreland turned 80 last week I said to her on Sunday, you are really important to me, she stopped looked and said you are important to me too! Perhaps it is in these moments that we begin to redefine family. Not to replace our own family of flesh and blood but rather to expand our family to welcome all into our folds and to recognize the importance of all around us. 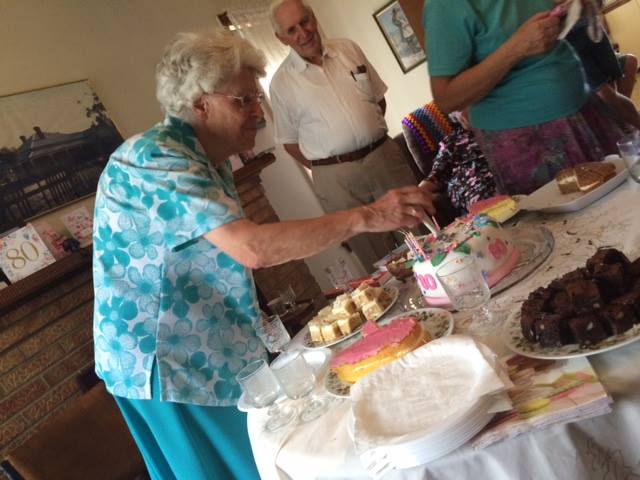 But with an open door policy this is counter cultural. For as westerners we are told that we are individuals and others are simply liabilities to be carried along the way. Jesus returns to his hometown and realizes the resentment and question that lie upon his identity. This tells us that it is the reality of the day, that our message of everyone is in, is not always going to be received. Sad I know but also it is the realization that some places will never change and that we have an opportunity to make those places ones of possibility.  What are the possibilities to rethink some of this, to reclaim it and to form and evolve our Australian culture that welcomes all. Perhaps this is what God is calling us to realize that Asylum Seekers are our mothers, sisters and brothers, simply needing us to embrace and welcome them into this country…I don’t know…just a thought?!

Today is an opportunity to look at your own family, how are you connected? Are you like me and not connected at all? Is there a place of possibility in this? If not what might be a possibility for you?